I published the first edition of this book in 2006. I have now published the second edition and have, in some instances, included excerpts from my contemporary diaries, and have drawn on the many letters written to me by Anne and Webster over a forty year period. This edition contains more information about Anne and Webster than the first edition. It also includes many extra photographs. 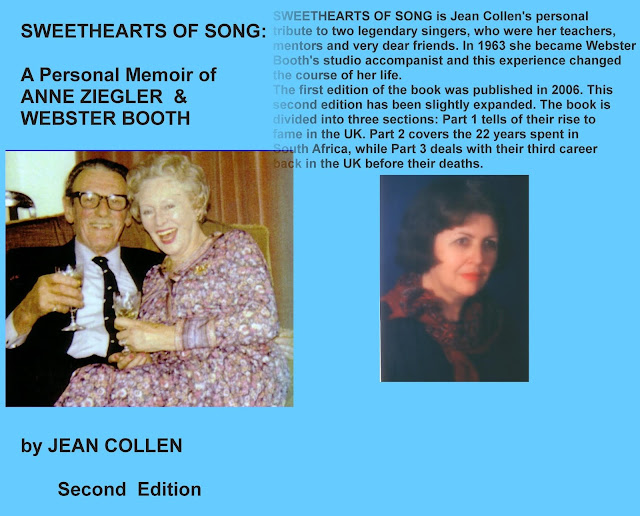 Posted by duettists at 12:09 AM No comments:

EXTRACTS FROM MY TEENAGE DIARIES.

8 December 1960 Johannesburg.
I meet Mum in the Capinero restaurant and we have something to eat which I can hardly digest owing to extreme excitement, and then we proceed to Polliacks building and go up to the eighth floor on a horrifying lift. When we arrive outside the studio we can hear a girl singing so we wait till the singing stops before we knock. Anne comes to the door herself and is very bright with gingery-blonde hair, big blue-green eyes with lots of eye makeup on, wearing a striped dress. She is taller than I imagined her to be and she says, "Oh, please take a seat in there," pointing to a kitchenette with a washbasin. "I"ll be with you in a minute." We sit in kitchenette and listen to her teaching the girl to sing. Anne has a strong, purposeful voice with a touch of English accent. She’s from Liverpool originally but it doesn't sound as though she has any traces of a Liverpool accent.

After fifteen minutes the girl leaves and Anne takes us into her large studio which has a grand piano at one end, a big mirror at the other and a divan (converted into a studio couch) against the wall. On the wall behind the studio couch are a whole lot of photographs of her and Webster in different shows, featured with various celebrities, and an excellent cartoon of him. She apologises for keeping us and says that her husband is in Port Elizabeth at the moment, so she has to cope alone. She says, "He's singing Messiah tonight and it will be broadcast on the English programme".

She asks what I want to do and I tell her "Drama," and she asks, "Will I have to get rid of a dreadful South African accent?" I say that I am from Scotland and she says, "Yes, I think you have more of a Scottish accent than a South African one. You have a really good Scottish background.” We discuss suitable times for lessons and she says, "Next week I"ll be rehearsing like mad for my play at the Playhouse and I don't want to mess you around, so can you start the week before Christmas?” I say yes, any time, then she looks up her appointment book and asks if Thursday 22nd would suit. “Yes, certainly.” She says that she finds it difficult to get S Africans to sound “h” as in hark and also the vowel sounds are difficult. She tells me that singing is merely an advanced form of talking – merely!

We get up to depart and she says to me suddenly, “You’ve got a lovely face.” I nearly faint on the spot. Mum says archly, "She doesn’t think so." Anne stares at me and says, "0h, but she has, and a lovely smile too. Make the most of it!” Oh, brother! She apologises again for keeping us waiting and wishes us goodbye. She’s a honey!

I’ve never met or spoken to anyone as famous as that before and I thought I should be frightfully nervous and that she would be snooty and standoffish, but truly, I felt at home with her. My heart didn't jump wildly in my mouth as it has done for lesser people. I'm sure I shall get on very well with her. She tells me to bring a Shakespeare and poetry, so here’s hoping. Perhap this is the start of something new. 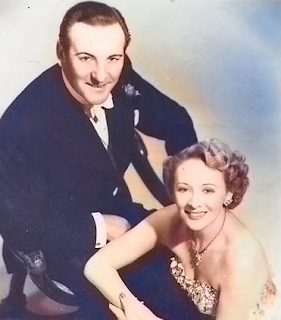 Posted by duettists at 3:53 AM No comments:

Link to my podcasts about the lives and careers of Anne Ziegler and Webster Booth. bit.ly/146IZ9G

LINKS TO SITES OF INTEREST

View all my reviews Jean Collen's books on Goodreads